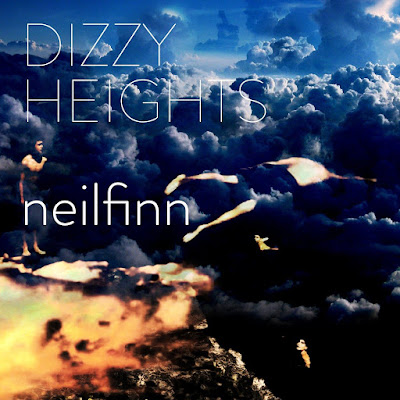 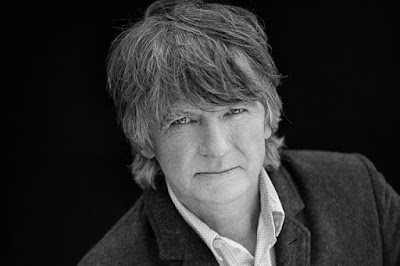 While not as visible as he was during the heyday of Crowded House, Neil Finn has over the past decade or so been no less active. He’s recorded an album with his brother Tim, reunited Crowded House for a pair of studio albums and an extensive tour (documented in a three disc Record Store Day exclusive), toured with his 7 Worlds Collide collective, formed the band Pajama Club (with wife Sharon and friend Sean Donnelly, both of whom assist here), and released a live record in tandem with Paul Kelly (see review below). Yet despite this buzz of energy he’s been remiss in releasing an album of his songs under his own name. Dizzy Heights is his first proper solo effort since 2001, yet it’s a radical departure for an artist best recognized for his impeccable harmonious structure and uncanny pop sensibilities. Collaborating with Dave Fridmann, a producer better known for his neo-psychedelic work with Mercury Rev and the Flaming Lips, Finn kicks off the shackles of his past-however successful it was-and plows head first into relatively uncharted waters. While the underpinnings of his sound-great hooks, gorgeous melodies, and deceptively simple lyrics-remain, they are masked within a soundscape of cascading effects, supple adornments, and production that is as defined as his song craft. The risk is that Finn’s strengths will be overwhelmed by his deliberate attempt to make Dizzy Heights more about surface and less about song. He need not worry. While bursting with orchestral strings and bubbly sound textures “Dive Bomber”, which opens the album, is pure Finn, a dazzling combination of effervescent pop with ominous undertones. "White Lies and Alibis" sounds like an outtake from 1993’s Together Alone-Crowded House’s least commercial but most intriguing album-while a string of well-built pop gems ranging from "Flying in the Face of Love" to "Pony Ride," and "Recluse" remind us yet again how effortlessly Finn can create songs that are both cerebral and unremittingly catchy. Which is the real strength of Dizzy Heights; it’s an ideal blend of Finn’s respected ability to conjure up the perfect pop song and his determination to not be anchored by same. As such it’s audacious, tuneful, unexpected, and as wonderful as anything he’s yet done. ****1/2 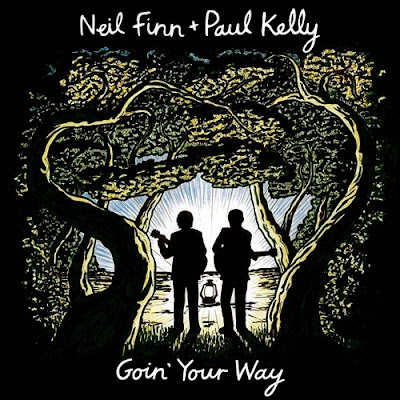 The product of their highly successful 2013 tour this two disc live album was originally limited to a down under release, a move necessitated by economics but frustrating to collectors. While both the New Zealand born Finn and native Australian Kelly have achieved huge success in their region of the world only Finn, via his work with Crowded House, has mirrored that acclaim (and sales) in the US.  Given their mutual respect and friendship it was only a matter of time before the pair collaborated on a larger scale, and those of us who love their music can only rejoice that Goin’ Your Way has finally been distributed in this country. Backed by a stellar band-including Neil’s son Elroy on drums, Kelly’s guitarist/singer nephew Dan (along with former Buttercups bassist/vocalist Zoe Hautmann) the two reinvent and reinvigorate songs from their respective vast catalogs.  More to the point they each inhabit the music of the other; there’s no lazily trading a few licks while sticking to a familiar formula.  Thus we have Finn taking chorus lead on Kelly’s “Leaps and Bounds” (among others) while Kelly provides throughout the vocal harmonies that Tim Finn once so beautifully laid down.  All the better known songs are here, along with more than a few surprise choices, which makes this extensive set a hard core fans dream. The interplay between the two is seamless, the band is both controlled and adventurous, and for the most part the songs draw out the best of what each artist has to offer. Finn’s seductive “Into Temptation” is given new power while Kelly’s “Deeper Water”, a cyclical life and death rumination that ranks among his greatest songs, is more affecting than ever.  Towards the end Goin’ Your Way tails off a bit-Kelly’s “Love Is The Law” has always come across as his straining too hard for a hit, while back to back covers of both Buddy Holly’s “Words of Love” and Henry Mancini’s “Moon River” seems a lazy way to end the evening.   But for the most part this is a mesmerizing experience, showcasing the prolific talents of two musicians (and their band) who rarely disappoint and have given us an astounding number of great songs, tunes which inhabit much of the soundtrack of our adult lives.  It’s hard to ask for more than that, other than a studio album (hey, a music lover can always dream, right?) ****