The House Of Seven Corpses 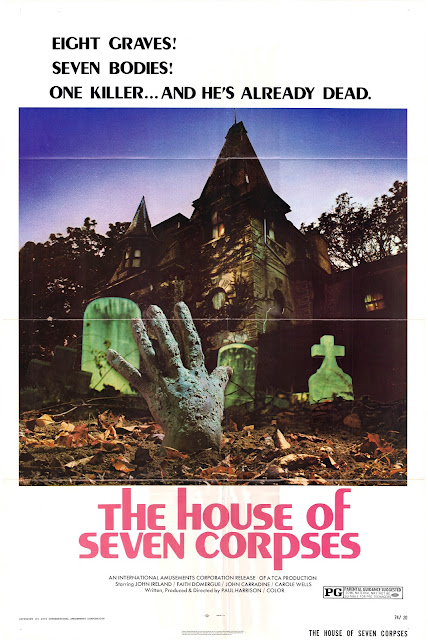 House of Seven Corpses from 1974 has for some reason has been an elusive movie to me. It's one of those late night TV classics.that played lots of times on cable back in the 80's. . It was also available on cheapo pre-recorded VHS tapes during those golden days of the 80's and 90's. I did buy a copy a few years back but the videotape was defective so I could only watch a few minutes. But now after all these years thanks to TCM I can say that I have finally watched House of Seven Corpses. Was it worth the wait? Sure, why not. It's a low budget horror film about the filming of a low budget horror movie (sort of like Frankenstein 70). It's a bit slow moving by todays standards but it's not bad. Better than I had thought it should have been judging from the bad reviews it's gotten throughout the years. 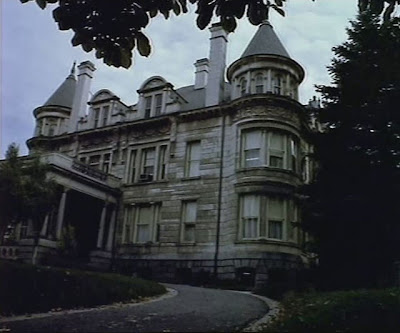 The story deals with a cursed mansion where seven members of the Beal family all have died gruesome deaths under strange circumstances. A film crew arrives to shoot a horror movie in order to cash in the notoriety of the home. As the filming proceeds the actors find strange occult books scattered throughout the house.. For authenticity the director (John Ireland) decide that the cast recite the actual spells from the books in the movie. Unfortunately for them this “wakes up” some of the former occupants. 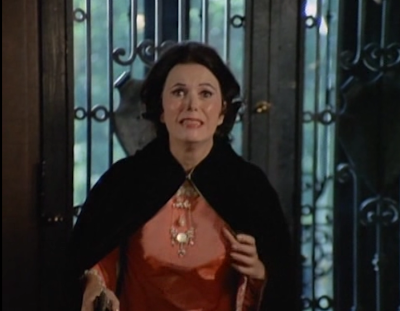 The cast is top notch. Faith Domergue (This Island Earth, It Came From Beneath The Sea, The Atomic Man) is great as the washed up lead actress. It was her second to last movie role. Looking a bit like Joan Bennet in Dark Shadows.she is almost painfully perfect in her character. John Ireland (The Fast and the Furious, The Incubus) plays the asshole director of the movie. Both actors chew up lots of scenery but it works well in this movie. John Carradine is funny as the cranky caretaker of the house. Carol Wells as the young starlet is very pretty. Primarily a TV actress this was her first feature film. Charles McCauley (Blacula, The Twilight People, Perry Mason and lots of TV shows) unrecognizable at first wearing a wig and fake mustache is also convincing as the over the hill lead actor. 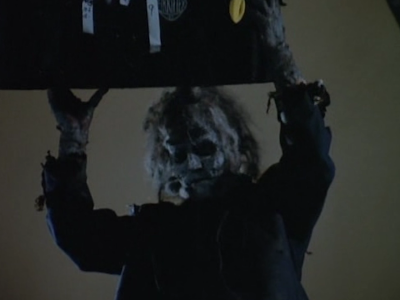 For the last 20 minutes of the film the pace of this film actually picks up when the horror stuff really starts to happen. . The zombie make-up reminds me a little bit of the dead folks in Children Shouldn't Play With Dead Things” or maybe Peter Cushing from the original “Tales From The Crypt” movie. Actually CSPWDT and this movie have some similar plot elements and both were released about 1 year apart. 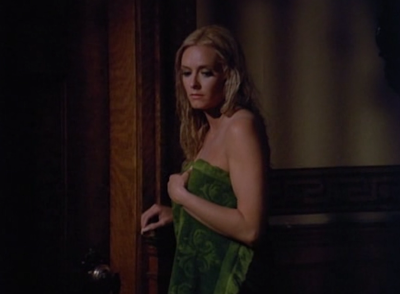 This film was shot in Utah at the Governor's mansion.which looks like the Collinswood mansion from Dark Shadows. The cinematography is very nice and the colors are very vivid. The old video I had looked kind of dark but this TCM broadcast looks great. The day for night scenes are not so great but hey this is a low budget movie. House Of Seven Corpses was rated PG so don't expect any gore or nudity (except maybe in the last scene when Carol Wells is floating dead in the lake). There are some good shocks and lots of atmosphere. I also heard some Domenic Frontiere “Outer Limits” music sprinkled throughout the soundtrack for your listening pleasure. 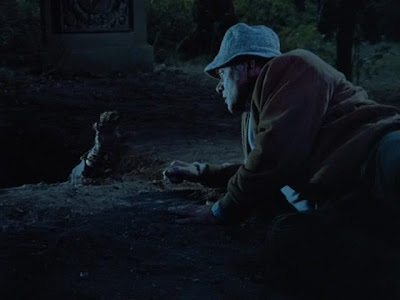 House of Seven Corpse's plays on TCM Underground and is available on budget DVD as well. You can find it on Amazon.com. Check it out if you dare!
at 9:09 PM