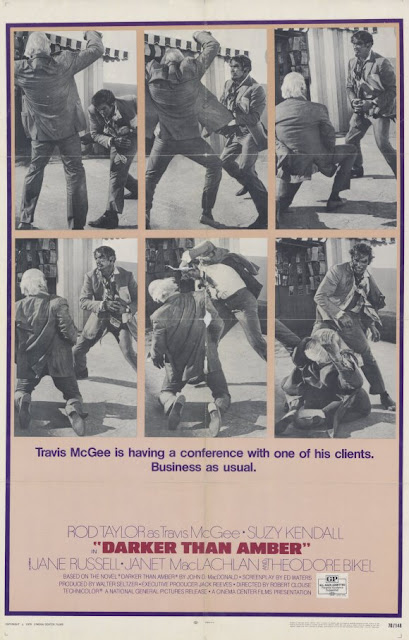 One of the things I appreciate the best with this blog is that it’s a satisfying forum to report upon life’s tiny little victories to sympathetic ears. This is a case in point.


Back in 1969 my older sister took me to downtown North Miami for a (to us) quite unusual event. Two blocks had been cordoned off and a professional film crew was shooting a scene to a major motion picture. The public was allowed to stand and gawk on the opposite side of the street, which is where Marylee and I parked ourselves. 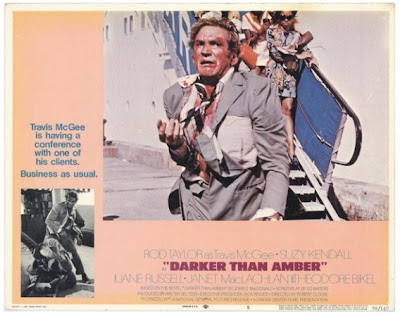 The film was titled “Darker Than Amber” and starred Rod Taylor as John MacDonald’s hero ‘Travis McGee’. The scene I watched was a kind of long shot where Taylor escorts a lovely black woman in a bright raincoat, into a café. I recall being surprised at ‘Hollywood rain’, an effect made by the North Miami Fire Department using a specialized sprinkle system. We must have stayed for over an hour as we watched several takes filmed. I made a note that I simply must catch the movie when it hit the theatres. 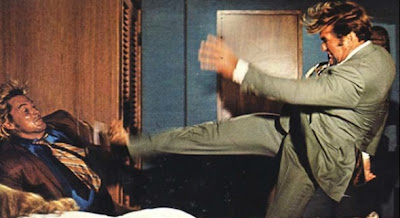 Well that didn’t happen and until last night I’d never viewed it. I have always wondered whether or not ‘my scene’ had survived into the final cut. It had…but in a better way than I could have dared hope. Over the years I’d forgotten an important detail. I had literally positioned myself right behind the camera and the pov of the scene precisely matches my own. Watching it was a weird mix of déjà vu and a sense that someone had tapped into my brain and recorded what I witnessed. Most pleasantly bizarre.